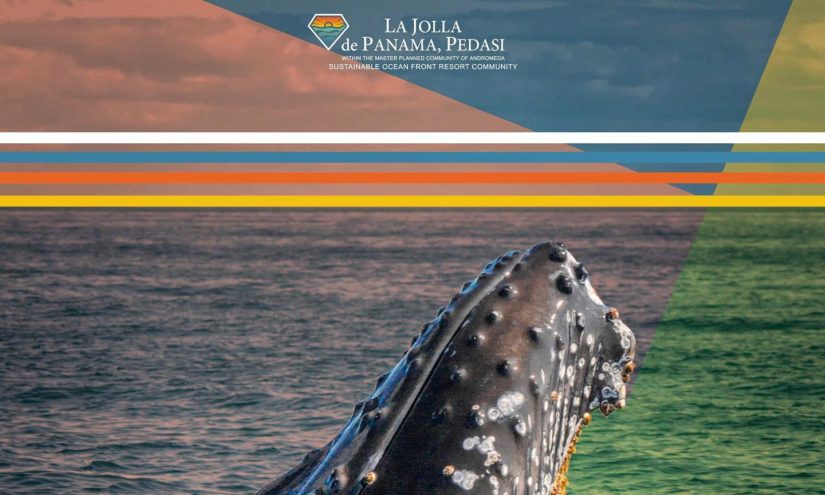 The whale season begins and the giants of the sea swim to panamenian waters to give birth to their youngs allowing them to grow in the warm waters of the pacific.

Start your dream, and explore our Paradise in Pedasí 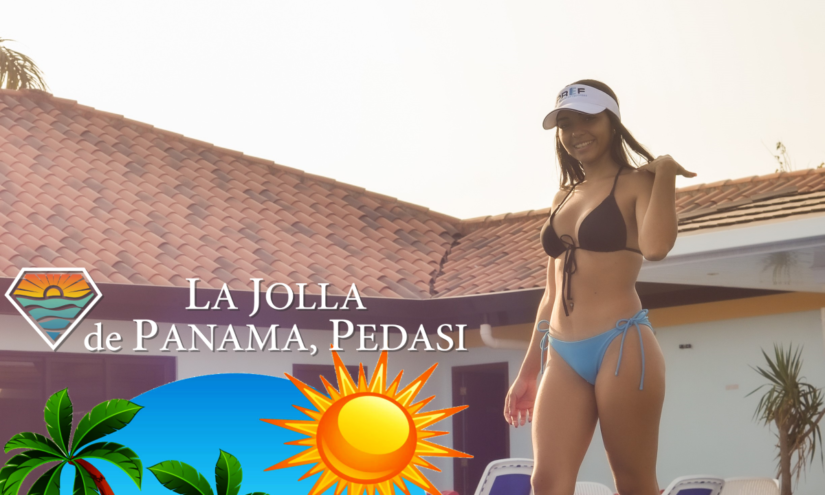 Luckily, you can make Pedasi your home away from home with our affordable ocean-front properties. At the Jewel of Panama Pedasí, we’re committed to providing you with premium products to help you reach your goals.

Whether you need to quickly filter through messages, visit our website, or contact us, we’re here to make sure you get the best deal! From our beautiful colonial design duplex, oceanview condos, or our detached housing program, we will help you sort through our 4 models, so you can focus on what you like best.

Welcome to the Tuna Coast 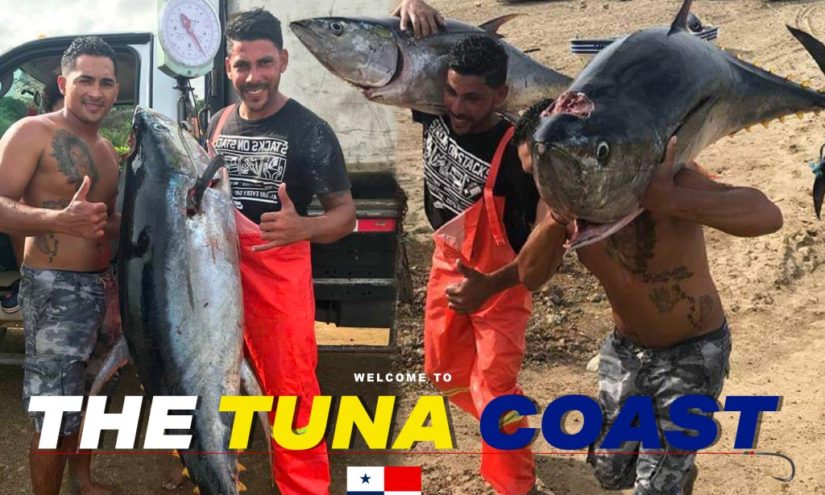 The Tuna Coast is so named because it’s one of the best places for fishing in the world! It’s not uncommon to catch 35 to 50 pound tuna just off our shores every day! Also, we have Wahoo, Dorado and others in this great fishery. Just a four-hour drive from Panama City, you’ll find rolling hills mixed with flat land and very lush open areas with stunning views.

The Tuna Coast is made up of the provinces of Los Santos and Herrera, along with the southern tip of Veraguas—the only province in Panama that boasts both Caribbean and Pacific coasts. Here, you will also find several national parks with its own unique wildlife as well as archeological sites dating back centuries! It’s truly something everyone should experience in person!

The Azuero Peninsula is one of the last places in Panama to be “discovered.” In Panama, everyone gets to enjoy a leisurely yet active quality of life. So what are you waiting for? Join the La Jolla Family and call Paradise home! We’re waiting for you on the Tuna Coast! 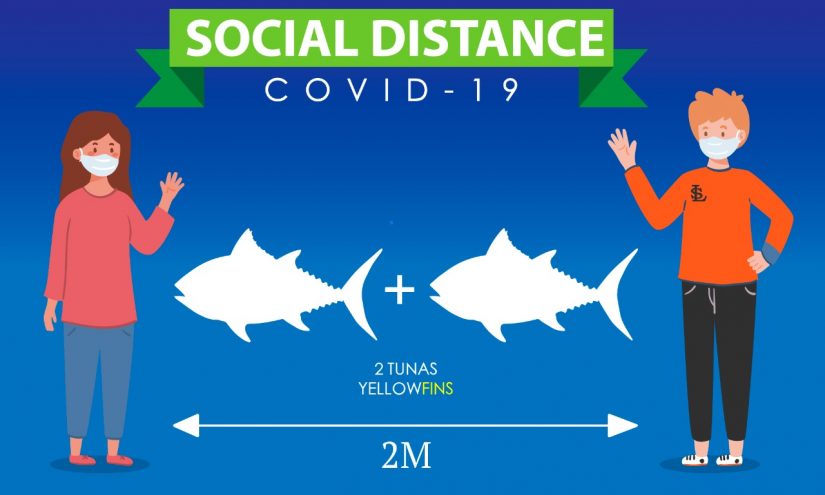 It’s important to raise awareness of the social distancing measures established by the Ministry of Health of Panama! At PREF Developers, it’s our mission and commitment to promote health and safety in our community. Here we leave social distancing reccomdations in the Pedasieño style of the Tuna Coast known worldwide! Enjoy it. 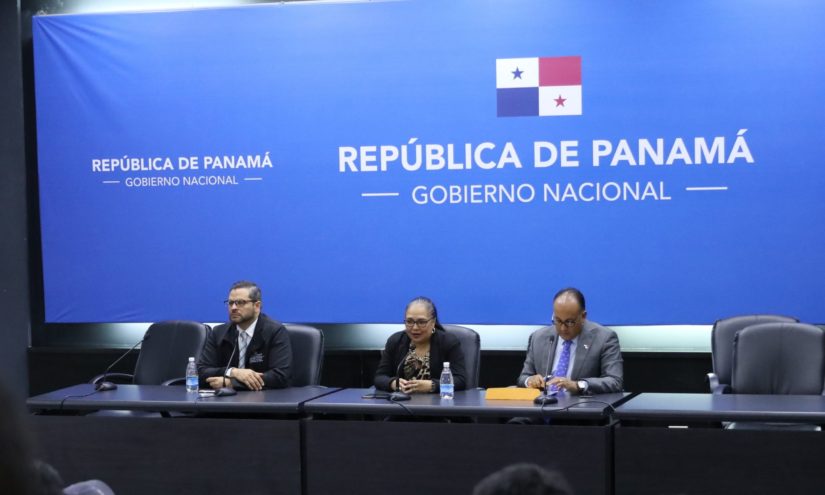 We just got notice last week that the strict quarantine that we have had for more than two months will be lifted on Monday June 1, 2020. Previously, we could only leave our house for two hours three times a week. And only one person per family/household could go out. Women could only go out on Monday, Wednesday and Friday. Men could only go out on Tuesday, Thursday and Saturday.
But starting Monday, we all can leave anytime between 5am and 7pm! We are all required to wear a mask and practice social distancing of 2.5 meters when away from our home. I’ll do it but not in support of this protocol, baby steps!

But there still won’t be many businesses open because Panama has a six stage plan to reopen the economy and Block 2 starts on Monday. Block 2 allows for some construction workers to go back to work-YEA!!!

Restaurants are still only take out or home delivery only. Grocery stores have a limit on how many people can be inside. Banks have reduced hours. Hardware stores are open with a limit of how many people can be inside. And, we’re still restricted on where we can travel to within Panama.
It’s definitely not life back to normal but at least we do have a little bit more freedom moving toward normality. We are not on required sobriety anymore either-YEA!!! And we can fish on Saturdays to give fish to the community for food. Lifting the strict lockdown is a big step.

Tocumen International Airport opens June 22 but we don’t know what the rules will be for incoming traffic. This is quick update on the Covid-19 progress down here in Paradise! BTW, so far not 1 diagnosed Corona Virus case in Pedasi.

No Hurricanes in Panama 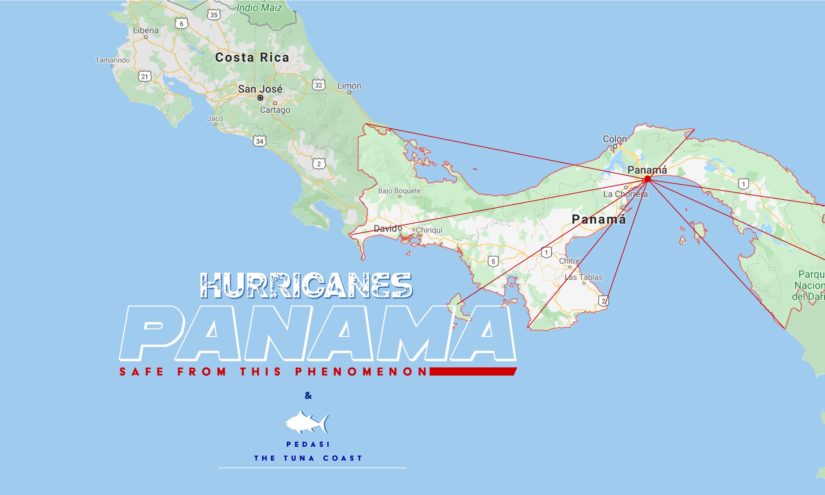 Did you know there is no recorded information on hurricanes ever striking land in Panama? That’s right! Panama, at just 9 degrees latitude, is too far south for hurricanes! Here’s an interesting map that illustrates why Panama never has and will never have a hurricane. The Republic of Panama is safely located outside of the ferocious, nasty hurricane belt. A hurricane has NEVER struck Panama – NOT EVER!

Fortunately, Panama is safely located out of harm’s way from any hurricanes. When it comes to Panama weather, just say NO! NO Hurricanes, NO Snow, NO Blizzards, NO Sleet, NO Hail, NO Freezing Temperatures, NO Ice except in our margarita glasses.

So Come To Panama & Turn YOUR Frown Upside Down!

Panama’s weather is so good that the Panama Canal was built here, chosen among other countries, precisely because Panama has no hurricanes, Cyclone or tsunamis! Only beautiful weather all year long. Rain season between May and November, and beautiful rainforests perfect for bird watching.

So what are you waiting for? Call Panama home! Register to learn more about our beachfront properties.

Fishing for Food in Quarantine 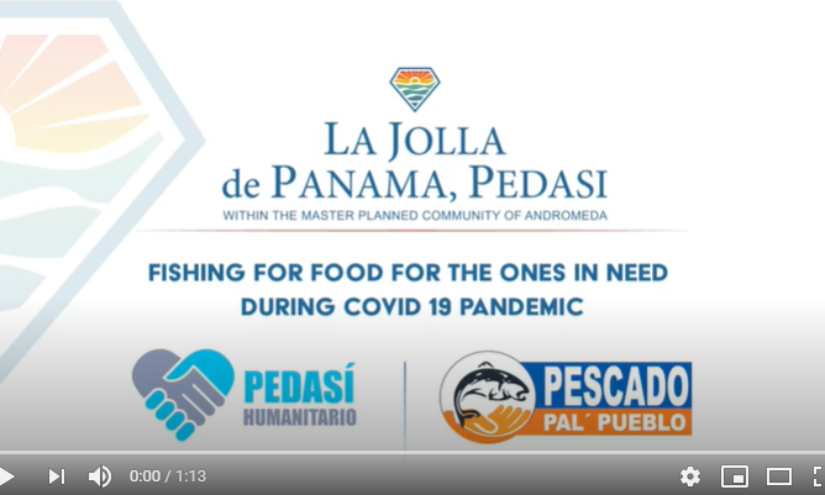 What’s better than fishing on the open ocean? Supporting municipal food programs in the Pedasi community. We had a wonderful time catching over 12 fish and we’re so glad our country is coming out stronger than ever! 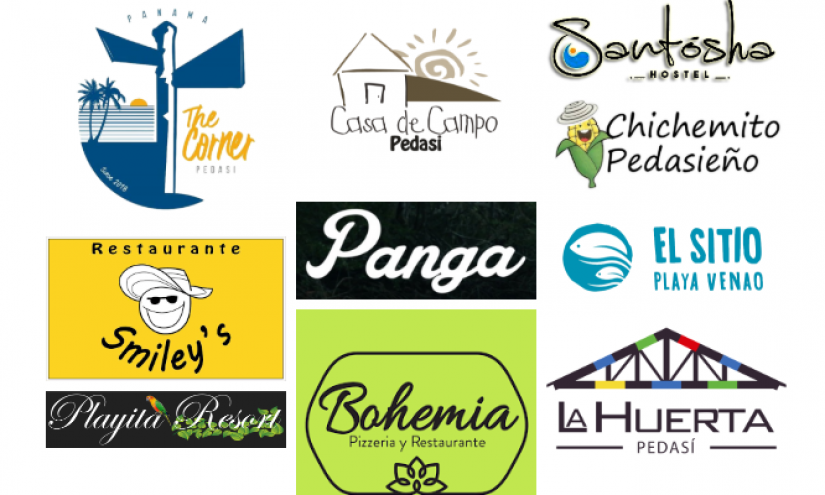 Our community finds ways to come together and support local businesses during this uncertain time. Some of our favorite restaurants are open for delivery including La Guaricha Gastrobar at Santosha Hostel, Bohemia, a wonderful local spot for delicious pizza and fresh pasta as well as Casa la Abuela for exquisite Mexican food and Smiley’s, a great BBQ Dinner and live music house. Yum! 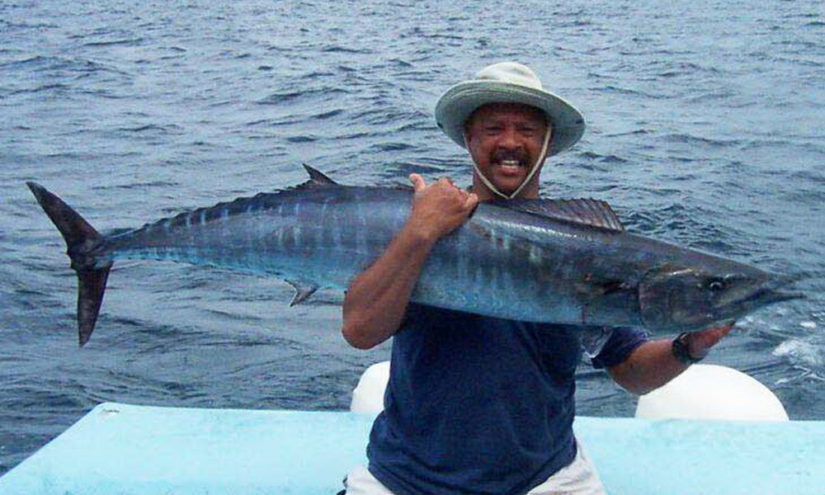 Panama is working hard to help flatten the curve. With crucial social distancing measures in place, we hope to resume our usual vibrant lifestyle soon! Here, 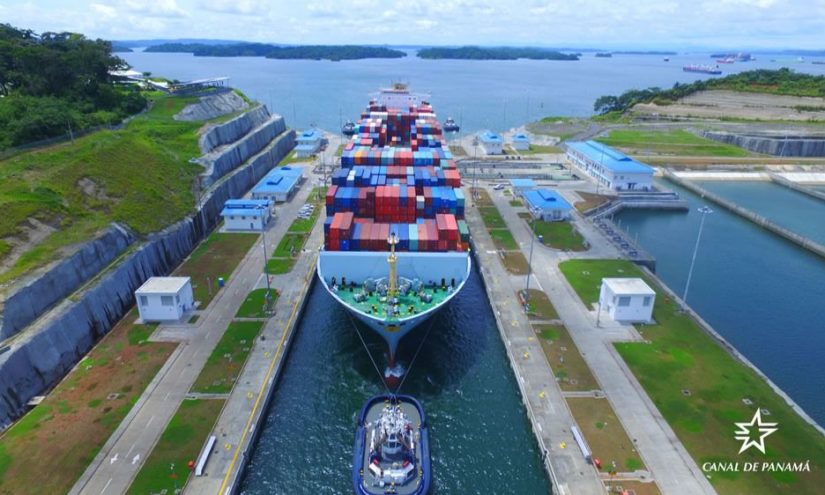 The Panama Canal was built in 1881 to link the Pacific ocean with the Atlantic ocean for economic trade. Today, between 13,000 and 14,000 ships use the canal every year! 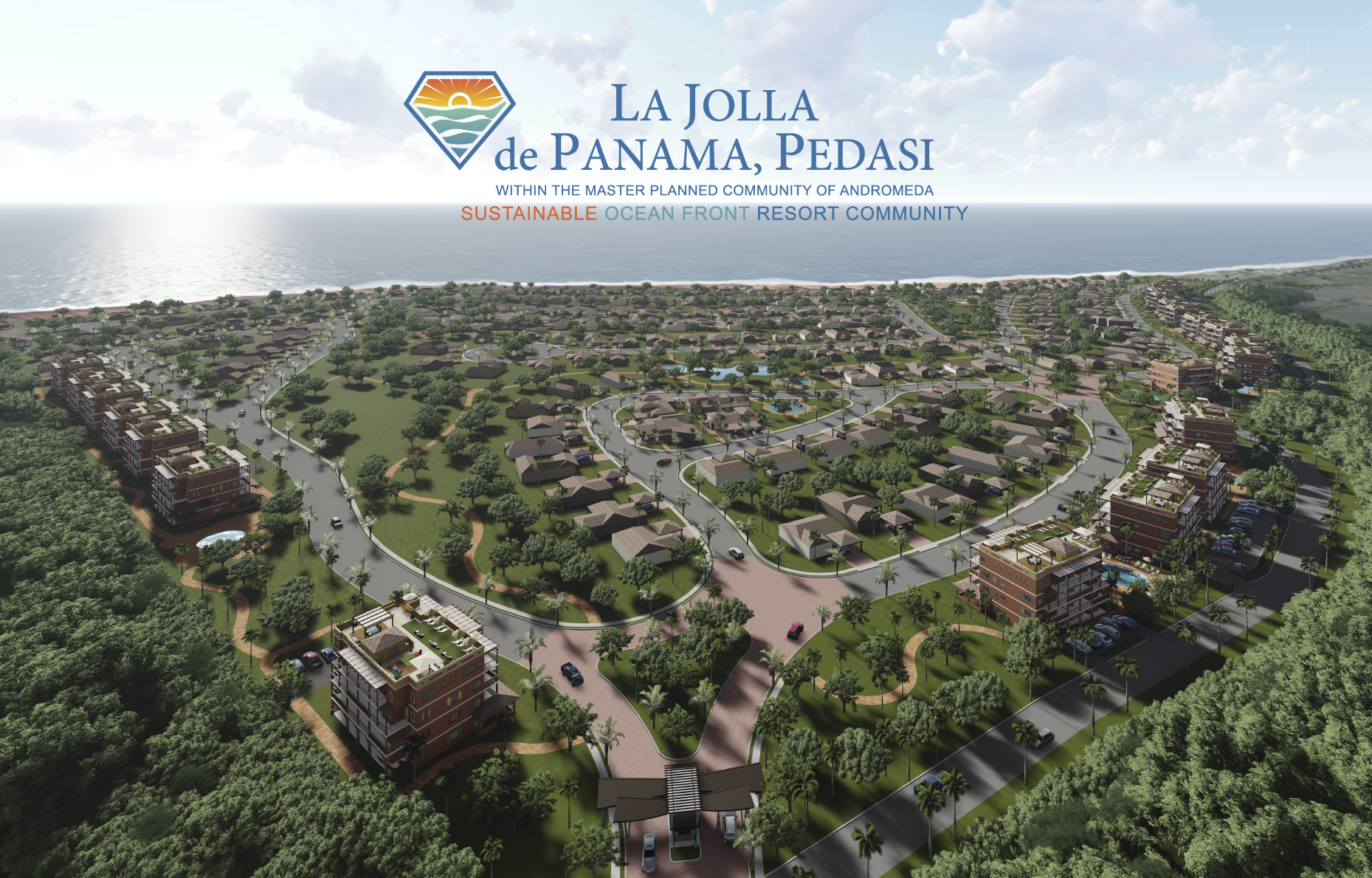 Spanish
Open chat
Hello, can we help you?